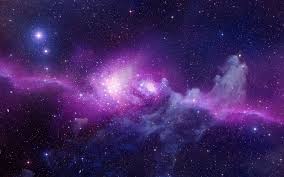 “When I look at the heavens, the work of your fingers , the moon and the stars… what are human beings that you are mindful of them?  –Psalm 8:3-4

In the fiery nuclear fusion furnaces of the first stars of 13 billion years ago, the necessary elements and atoms that made the ongoing evolving universe possible were formed.   In the interior of the stars hydrogen and helium, at incomprehensible temperatures of 10-15 million degrees centigrade,  were converted into carbon, nitrogen, oxygen, iron, sulfur and almost all the elements of the periodic table – most everything that everything is made of, including you and me.  As those first stars aged, iron was produced and the stars cooled, became heavy and collapsed in on themselves.  The stars imploded with enough energy to immediately fuse some of the atoms into higher elements like nickel, krypton, gold, uranium and others. This quick and violent implosion released enormous amounts of energy that exploded in supernovas.   The exploded remains, stardust, traveled throughout the universe only to someday, by the force of gravity, re-clump together with other stardust and give birth to new stars, planets, solar systems and all contained within them.  This is the life of the universe that repeats and continues on – all because of stardust.

In the course of hundreds of millions and billions of years, the stardust of the universe came together in such a way that various kinds of galaxies were formed including elliptical, spiral and irregular galaxies – at least 100 billon  galaxies each containing a 100 billion stars or more – all made of stardust.

In the outer reaches of one of these spiral galaxies, one yellow dwarf star out of 100 billion stars formed about 4.5 billion years ago.  This star seemed inconsequential next to the other 100 billion stars of this galaxy.  Stardust not only formed this yellow dwarf star, but also began to form planets that revolved around the coalescing young star.  On one of these forming planets, the stardust came together and evolved in such a way that simple organisms developed that had the self-sustaining attributes of responsiveness, growth metabolism, energy transformation and reproduction – all made of stardust.

But many of these self-conscious stardust beings could not accept the truth that they were made of common stardust.  Many among them could not face the truth that all beings on their stardust planet no matter race, nationality, religion,  gender, sexual orientation, ethnicity, or otherwise were all made of exactly the same stuff – stardust.   Such an acknowledgement could have lead to a sense of sacredness, respect and unity for all things living and innate.  But because these stardust beings  could not celebrate the diversity revealed in the miracle of the stardust, they gathered in groups and tribes for security where their fear of other stardust beings, who were different from them in some way, was shared and cultivated. The tribal and parochial view of these stardust beings lead to greater fear and, far too often, countless expressions of violence, hostility and exploitation against other stardust beings and against the stardust planet itself.

But others did not reject him.  Rather they experienced the awesome power that was within him – the power of the stardust.  He showed them they were all on an extraordinary evolutionary journey that had begun billions of years before – a journey that had uniquely exploded in his life and could now be expressed in theirs.  He showed them that stardust beings could finally express themselves in something called Love that could bind all stardust beings and the planet together as one.   When they stood next to this stardust being and listened to his words and embraced his deeds, they knew they were incomplete and their journey must continue until they too emerged and evolved into more complete and beautiful stardust beings – evolve into more than they were.  When they looked into his eyes, many were swept up into a power greater than themselves – the power of stardust.

In the fiery nuclear fusion furnaces of the first stars of 13 billion years ago, the necessary elements and atoms that make the ongoing evolving universe possible were formed.  Stars grew old and finally exploded in supernovas that provided the necessary elements that constitute everything in the universe – including you and me.  This is the ongoing creative evolutionary process of the universe – all because of stardust.

Is there a Ground of Being or God that embraces, permeates and courses through the creative evolutionary process of the universe?    If there is, that Ground of Being can only be deeply known by us stardust beings in the astounding experience called Love – the profound love of The Stardust Being – the greatest incarnation of stardust.  He leads the stardust beings on a continued evolutionary journey anchored in love.